each fitted with silver rim.

Note: From the 1700s onwards, kings of the Le-Trinh dynasty in Vietnam ordered porcelain from China for their court. This type is named after Hue, the 19th-century capital of the last royal dynasty in Vietnam, the Nguyen dynasty (1802-1945). Although Chinese artisans executed the painting, Vietnamese rulers dictated the designs. Each ruler ordered ceramics of his own liking for use in his court, as well as presentation pieces to give to members of royal families and mandarin officials.
The Neifu mark appears to start around 1841-1883; at the end of the 19th century metal rims had become very popular, to protect the rim from damage.

There is a similar bowl in the collection of the Art Gallery New South Wales, with a dragon spitting fire amongst circular clouds, the design stopping short at the rim, accession number 168.2002 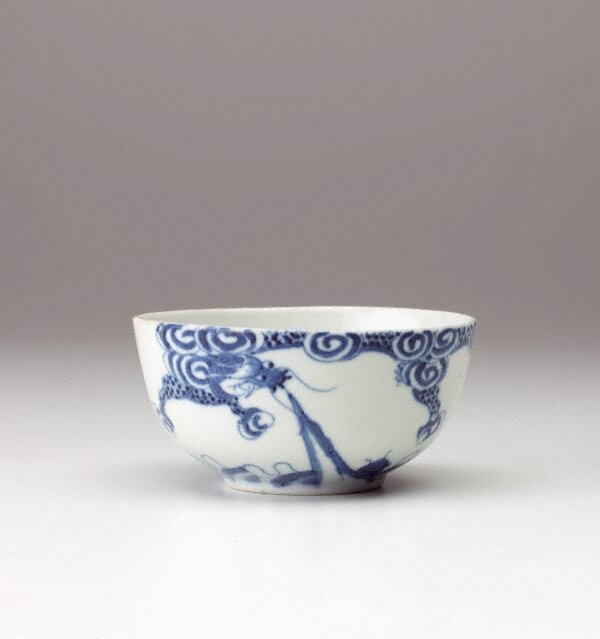