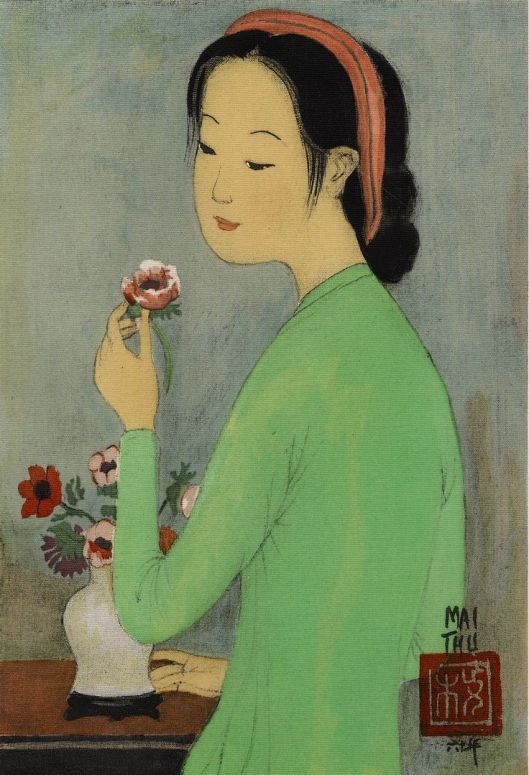 Provenance: Formerly in the Private Collection of the Duke and Duchess of Windsor in Paris

Note: Poème sur Soie (A Poem on Silk) is a book of poems written by the Vietnamese author Phạm Văn Ký, which features eight colour lithographic prints on silk illustrated by the reknowned artist Mai Thu. The limited edition book comes with a lacquer box made by the Chinese artist Chou Ling.

The work is accompanied with the artist’s original frame. 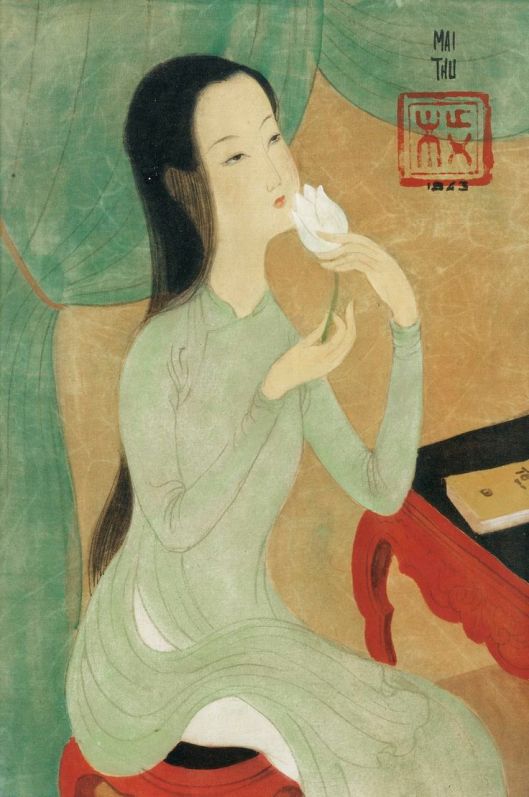 The work is accompanied with the artist’s original frame. 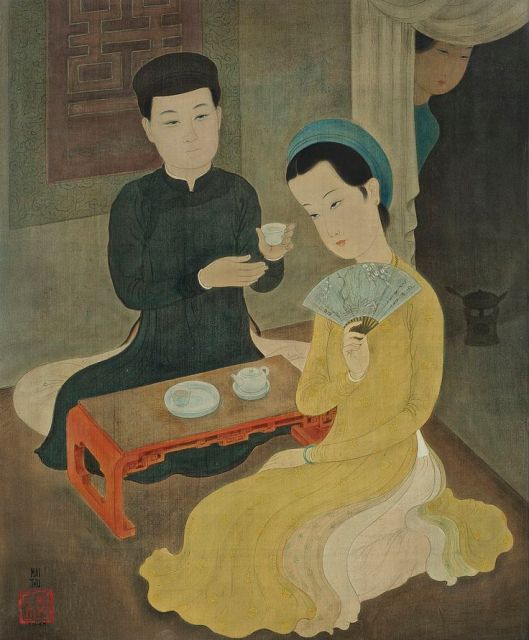 Note: In the culture of Vietnam, the act of serving tea is considered an expression of gentility and hospitality. As an old age custom that continues to permeate virtually every aspect of life, it is practiced by individuals spanning all social classes, from politicians and businessmen to farmers and senior citizens.  In this precious silk painting, Vietnamese modern artist Mai Thu illustrates a charming image of a man holding a tea cup and enjoying the company of a young lady.

Despite having lived in France for the majority of his life, Mai Thu retained a strong sense of patriotism and devotion to the mores from his homeland, finding delight in incorporating Vietnamese subject matter to his art. This artist embodies a generation of progressive Vietnamese artists that emerged during the 1930s, including Le Pho and Vu Cao Dam. Seven years after graduating from the École des Beaux-Arts de l’Indochine in Hanoi, Mai Thu moved to Paris where he began merging the French Salon style with Vietnamese aesthetic traditions.

Also a film-maker and photographer, Mai Thu exposes his penchant for these fields of art in this ambrosial yet theatrical work. Though he seemingly depicts a simple theme within a single scene, Mai Thu imbues an element of drama to the work through the use of body language and composition, suggesting there is evidently far more to the narrative.  The man faces a poised lady, who twists her body towards the viewer, demurely hides behind her open fan. While her posture is coy yet sweet, his demeanor is more masculine and dominating. Peering behind a curtain from a dark room in the backdrop is a young child who is eavesdropping, signifying that this is a supposedly private ren dez vous between the couple.

Distinguished for his pithy and precise brushwork, Mai Thu employs thin black lines to delineate the soft curves of these stylized figures. Delicate paintings such as the present lot, so emblematic of love and innocence, are prevalent in his opus. Mai Thu was a prolific artist, who found deep joy in portraying the lovely moments that he may have remembered occurring far away in his homeland. 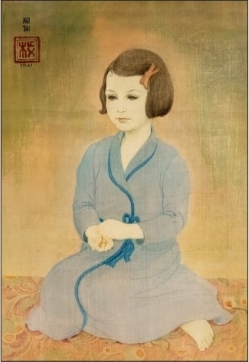